The Mexican cattle and beef industry has evolved rapidly in the past decade, most notably in the expansion of beef exports from Mexico, 89 percent of which entered the United States in 2017.

END_OF_DOCUMENT_TOKEN_TO_BE_REPLACED

Financial incentive and genetic improvement programs along with stable grain prices are paving the pathway for Mexico’s herd recovering, however, the herd recovery in the U.S. would slow live cattle exports in the short/medium term. As Mexico’s production is expected to grow during 2017, increased beef exports will maintain stable per capita beef consumption. While Mexico learns how to deal with porcine epidemic diarrhea (PED) and to make genetic improvements in domestic herd, pork production is expected to bolster supplies, increase price competitiveness with other meats, and therefore, increase consumption. The recently-created Animal Protein National Commission (CONAPO) would advocate for increased protein consumption regardless the animal origin. During 2017, Mexico will continue importing beef and pork from the United States.

Stable grain prices would boost production in the mid-term

Mexico’s main financial incentive program, which continues enticing producers to repopulate the domestic herd, is reportedly meeting its objectives. Mexican cattle production is forecast to expand to 7.1 million head in 2017, as producers who are registered for the 2016 Program to Promote the Livestock Sector (“Programa de Fomento Ganadero”) are reportedly entitled to continue receiving a direct subsidy for 2017. Improved genetics through the Program for Genetic Improvement are expected to aid cattleman in the recovery of the domestic herd as well.

As previously reported, this program is enabling producers to remain in business and to offset obstacles to repopulation that the domestic herd has previously encountered, in particular, the lack of steers for feedlots. Due to the incentive to feed steers, calf slaughter is expected to decline by the end of 2016, but will likely rebound in 2017. Despite an ample supply of grain and pasture in 2016, herd expansion is unlikely to occur until 2017 at the earliest.

The U.S. and Mexican cattle and beef industries continue to integrate, building on a long history of trade between the two countries. Mexico has exported feeder cattle to the U.S. for more than a century and continues to do so today. After increasing in the mid-1980s, U.S. imports of Mexican cattle have averaged 1.08 million head for the last 30 years. In the most recent ten years, the average has been slightly higher at 1.14 million head per year. Mexican cattle have added an average of 2.9 percent annually to the U.S. calf crop for the past 30 years, with the percentage slightly higher in recent years as U.S. cattle inventories have declined.

In 2015, imports of Mexican cattle were 1.15 million head, up 3.5 percent year over year and just slightly higher than the ten year average. Imports dropped sharply at the end of 2015, with November down 29.7 percent and December down 36.4 percent compared to the same months one year earlier. This decrease in imports of Mexican cattle at the end of 2015 no doubt reflects lower U.S. cattle prices but also likely is a result of tight cattle supplies in Mexico. Lower U.S. cattle prices reduce the incentive to export cattle from Mexico but this is partially offset by the rapid erosion in the value of the Mexican Peso at the end of 2015, which keeps U.S. cattle prices relatively higher in Mexico. Despite indications of declining cattle numbers in Mexico, record high U.S. prices combined with a weakening Peso kept U.S. imports of Mexican cattle high through 2014 and most of 2015. Domestic Mexican cattle supplies have also been boosted by increased imports of cattle from Central America.

Why you should listen

Desertification of the world’s grasslands, Allan Savory suggests, is the immediate cause of poverty, social breakdown, violence, cultural genocide — and a significant contribution to climate change. In the 1960s, while working in Africa on the interrelated problems of increasing poverty and disappearing wildlife, Savory made a significant breakthrough in understanding the degradation and desertification of grassland ecosystems. After decades of study and collaboration, thousands of managers of land, livestock and wildlife on five continents today follow the methodology he calls “Holistic Management.”
END_OF_DOCUMENT_TOKEN_TO_BE_REPLACED 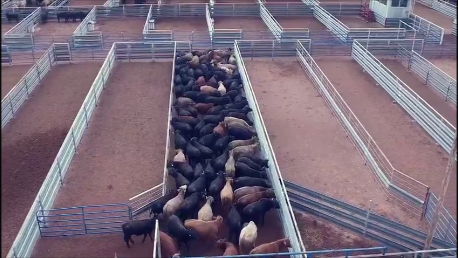 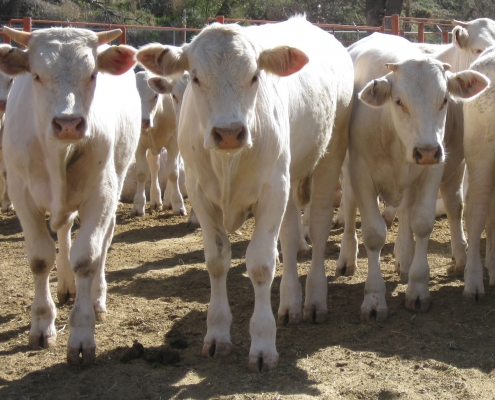